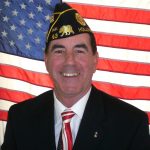 The Spirit of New Americanism and Veteran Advocacy are 40 year character traits of Hollywood Post 43 Commander,Tim Shaner who served ten years in the United States Coast Guard aboard the USCG Cutter Diligence.  Tim Shaner is the very first US Coast Guardsman to become Commander of the legendary and iconic Hollywood American Legion Post 43.  Tim Shaner was born in New Jersey and earned his Bachelors of Science in Business and Masters Degree in International Economics by utilizing his well-earned military educational benefit and knows the value of investing in oneself and the power of the entertainment industry.  Over the years, Tim served diligently like the Coast Guard named Cutter, is a Harley Davidson motorcyclist, loves sports, music and the arts and came to Hollywood to pursue acting landing parts in renowned soap operas such as “As the World Turns” performing alongside many celebrity stars  for over 7 years in parts on set as well-known bartender, policeman and even Western Cowboy during his industry career.  Tim is dedicated to Veterans in Arts and Theatre industries as his cherished group to support for a lifetime.  Tim’s passion and heart is filled with water rescues of Cuban Refugees during the time of the dangerous Vietnam Era, knows the meaning of  brotherhood and military core values beginning with humanitarianism.   With an extensive background in Financial Consulting, Tim is key to affluent clients in global markets and American Legion Leadership parallels all the while during his heavy schedule. Tim is a believer in promoting Veterans’ success in the Entertainment Industry and the redemption of housing, health, gainful employment and higher education advocacy.  As one of the original Founders of the original Liberty Theatre at Post 43, which is home to 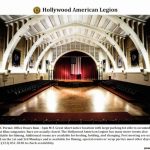 Tim is passionate about leading the post into a newly re-desgined and state-of-the-art, digital theatre 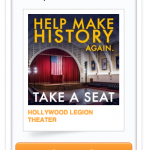 that will engage great theatrical and film production premieres of the near future, elegant red-carpeted events and fundraising themed productions that showcase and embrace Veteran Holidays and Hollywood Mainstream Media Celebrities that support our troops with generous appearances and donations that afford the history of the Post 43 to live on with historic presence in the realm of social media and new emerging technologies.  Take A Seat is one of the ways the membership and public volunteers can make history with the Post by pledging amounts toward historic seats inside the new theatre attraction, a project spear headed by Commander Shaner with fellow Post 43 Officer, 1st Vice Commander, Fernando Rivero.  This ground breaking advancement runs parallel to many paralleling way to get involved including amongst many other programs the Post has in place from a National level to the Department of California to the Area, District and Local Post hierarchy with over 2.2 million American Legionnaires and members worldwide.   The dedication, mission and vision of Post 43 at Hollywood ensures that current veterans’  voices and affairs collectively change the tone, message and legislation that we are entitled to contribute to at the Veterans Administration.  Commander Shaner and the “New Faces” of the Post are a team of entertainment industry and Post 43 executive officers representing every branch of service from World War 1 to Post 911 which have a National Impact  to Bridge the Gap through a billboard campaign that every newer veteran and retiree can relate to which invites all to want to join us at the Post 43 for delicious meals and the benefits of membership. 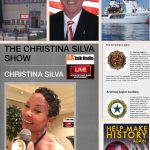 Now over 700 members strong, Post 43 is equipped to provide veterans with instant and latest information available with an all new website to follow, social media sites with pictures, videos, flyers and calendar invites plus a beautiful venue to rent and a themed place to commune during the week.   With Veterans in Film and Television http://www.VFTLA.org, the American  Legion Post 43 of Hollywood is on a mission to create networking relationships with collaborative groups to help veterans become cast in the latest projects, productions and training via meetings and networking presentations by partnering with VA, County of Los Angeles, State of California Department agencies and even top tier television networks, and film directors, production companies, other charitable organizations and corporations that want to give back to those that have, will and are to serve this Great Nation.  Giving back through a “hand up”, Veteran to Veteran Interaction and Face to Face contact is organic energy at Hollywood Post 43 and with irreplaceable Human Touch, Post 43 keeps us alive and resilient with the help of social media outreach via new emerging technology in place in 2016.

Being a member of the American Legion in Hollywood Post 43 is a measure of sheer  “Clean Riding Style”, a CRS Productions movement reported by Host and USMC Veteran Ambassador, Christina R. Silva.  Christina Silva a member of the Hollywood Post 43 American Legion since 2012 and serves as the Amateur Radio and Emergency Preparedness Committee Chair.  “It makes Educating Our Veterans a Legionnaire community responsibility as we merge from our http://www.Camies2Civies.org. By serving, we exude Americanism in the Spirit of Voluntarism”, believes Christina Silva aka @CRSOnAir.

As a common bond of service, the entertainment industry is a wonderful platform for veteran talent and expression  and to serve in theatre and arts, radio and television with the American Legion inside the 4 historic pillars “NARC”, we surely are one big family reaching out with messages of Hope and Possibility.  Our military camaraderie destroys the 22/1 reducing the risk of suicides, homelessness and traumatic distress veterans may face while transitioning in various phases of life.

The American Legion is as strong as its members and stands for so much history since 1919 which as  a historical gem and landmark near the Hollywood Bowl, the Post 43 destination is a place that is prepared to house several hundred members and the auxiliary in emergency crisis situation with a HAM Radio Station along with inviting hundreds to the venue for elite film productions,  special events, a Museum Tour and even Commander’s Balls of the future.

The vision for the American Legion Post 43 includes goals that will enrich the community of veterans and their families through the children of service members by the values of service before self and “In God We Trust” so it is to our warm welcome choice for veterans of the Post 911 era to join us. 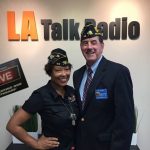 in that we take the torch and blaze a trail in legislature for benefits and our rights.   We push forward and act as a strong political voice for the greater good in Washington D.C. and Sacramento, California knowing best how to construct bills, resolutions and propositions that cater to our veteran comrades as in Prop 61 that affects veterans healthcare and pharmaceuticals this 2016 Election that is fast approaching.  As Veterans Day is near, we are the ON AIR voice of powerful reinforcement and encouragement we deserve “On the Hill”.  After we make our presence as activists, American Legionnaires can unwind in a safe haven at Post 43 of Hollywood by create outings and high energy events to enjoy from kareoke to comedy to sports and family trips to football and baseball games, motorcycle rides and gold tournaments!  The whole family can volunteer, donate and give back with the American Legion Auxiliary and the Sons of the American Legion in an effort to make a smooth transition from service to civilian life. 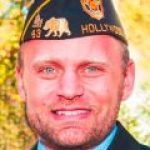 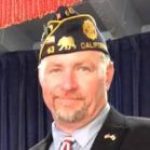 At the iconic Post 43 Hollywood, we believe in bonding together  with helping agency collaboratives to obtain all the resources and benefits available to us which are key to engage Generation X and Millennial  retirees, active duty and veteran members by serving as a good place to eat a delicious meal, attend General and Social meetings, educate, relax and join a committee i.e. communications, entertainment, amateur radio, emergency preparedness, sports, community outreach and membership to ensure the legacy of the American Legion lives on forever. 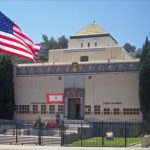 For Communications Public Relations, contact 2nd Vice Commander, Michael Hjelmstad, .  To reach us online or by phone for more information, please visit us:  2035 North Highland Avenue, Los Angeles, CA 90068 www.HollywoodPost43.org   (323) 851-3030 Ask for Adjutant, Karl Risinger. #BEESAFE and listen live,  tune in by GooglePlay as we continue Educating Our Veterans on “The Christina Silva Show”, Wednesdays at 2pm on Channel 2 brought to you in part by:  http://www.MixedChicks.net and http://www.Webster.edu/LAAFB