Tune into http://www.LATalkRadio.com/content/Christina-Silva-Show Wednesdays at 2pm live on Channel 2 and The Howard Scott Show live at 4pm Central via http://tunein.com/radio/FBRN-Red-Bowl-s209713/  and perseverance will abound in your life.

On today’s show, veterans lend a hand up through sharing life stories on air from Los Angeles to Arlington, Texas featuring the greatest hits and accomplishments Howard E. Scott, US Army Veteran and his bands have delivered from the inner city to the musical stages around the world with countless hits and American soul.  Celebrating more than 50 years of music and history, Howard Scott commits his dedication to Fellow Comrades by giving back through music therapy. An up close conversation with the Legendary Howard E. Scott proves that his music touches the soul of his fans and has potential to bring healing to the troops. The relationships cherished by Howard include family, fellow Army Soldiers and military servicemen and women of America, band members, partners and fans. His world travels on stage coupled with his life experiences as a renowned producer, songwriter celebrity guitarist, lead performer, father and philanthropist well prepare him for a tour designed to heal the world especially our troops. The Howard Scott story contains the inspiration, empathy and meaningful power of human touch through music, a universal language with messages of patriotism, hope, faith and unity.  Also joining Howard Scott on the Christina Silva Show is lifelong friend and fellow US Army Member, Thomas Mabson who has given his life to service at the Foundation For Homeless Heroes, Inc. located at 1862 Cochran Ave Los Angeles, CA 90019for all to  #BEESAFE.  Special thanks to Howard Scott Jr., Arch 1 Entertainment and to God who is the giver and Creator of every good and perfect gift.   Go Army Strong. Stay tuned for live concerts, car and motorcycle shows, carnival and a Celebration “To The Heroes” serving all around the world with a salute to those paying the ultimate sacrifice for our freedom.  God Bless America. Semper Fidelis. 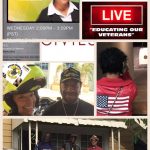 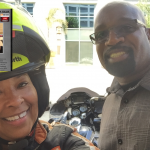 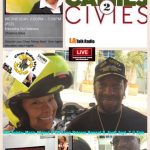